Sepsis is an extremely serious and potentially life-threatening condition that occurs as a response to severe infections. Sepsis is very dangerous and is treated as a highly time-sensitive emergency. The earlier a patient receives treatment, the higher the chances of their survival. Therefore, early detection and diagnosis are absolutely essential, to combat the high rate of mortality associated with sepsis. Today, we understand the mechanism and effects of sepsis quite thoroughly. However, traditional tools and paradigms of sepsis detection are not serving us well. Sepsis continues to kill people at an alarming rate, accounting for half of all hospital deaths in the United States! Worldwide, 1 in 5 hospital-deaths is caused by sepsis. Can state-of-the-art IoT devices help in the early detection of sepsis?

Sepsis is a silent killer! It is estimated that sepsis kills over 11 million people every year! An even more alarming statistic is this - sepsis kills more people, per year, than breast, prostate and bowel cancer combined. Sepsis is also incredibly expensive - Sepsis and sepsis related deaths place a huge strain on worldwide healthcare expenditure. Curiously, while other large-scale killers, such as the obesity epidemic or heart disease receive much more widespread attention, sepsis, despite killing millions, is not that widely discussed in layman circles. In recent times, there have been initiatives aimed at raising public awareness about the significant threat posed by sepsis to public health. Global campaigns such as the “It’s About TIME (Temperature, Infection, Mental Status, Extremely Ill)” campaign,  spearheaded by the Global Sepsis Alliance, have tried to bring sepsis to the forefront of public consciousness and educate people on the signs that point to sepsis.

One of the surest ways to avoid losing patients to sepsis is to detect it early. However, this has been easier said than done. Detecting sepsis early and screening those at the highest risk of sepsis-related mortality has been a huge challenge for the global healthcare community.  There have been many measures, at various levels, aimed at improving screening for those at the highest risk for sepsis. However, despite hospitals having their own protocols to screen patients for sepsis, early detection of sepsis has proved elusive. Sepsis related deaths continue to be difficult to predict.The insidious nature of sepsis as a disease, the non-specificity of the signs and symptoms that are commonly used to diagnose it and the overall severity of the disease, all make for a very grim prognosis.

“For every hour sepsis treatment is delayed, the risk of death increases as much as eight percent”

The body has a complex immune system consisting of a variety of immune cells. During an infection, the body mounts an inflammatory response against the invading agent (e.g bacteria, viruses, fungi). This response is upregulated and downregulated through a very precise cascade of biochemical changes involving pro-inflammatory and anti-inflammatory cytokines (cellular messengers).

In sepsis, this regulation becomes dysfunctional, causing an uncontrolled inflammatory response, which damages host tissues. The most common signs of sepsis are fever, increased heart rate and confusion. Although about 90% of patients with sepsis present with a fever, some might have a normal or even low temperature (cold sepsis). Left unchecked, sepsis causes multiple organ failure or septic shock, often resulting in death.

“Sepsis related deaths continue to be difficult to predict. The insidious nature of sepsis as a disease, the non-specificity of the signs and symptoms that are commonly used to diagnose it and the overall severity of the disease, all make for a very grim prognosis.”

Believe it or not, sepsis has been notoriously hard for us to define, over the years. Our definitions of sepsis have continued to evolve as we develop a better understanding of the disease. In the past, sepsis was defined using complex clinical criteria that included several parameters such as body temperature, WBC count etc. to place the patient on a scale that ranged from SIRS (Systemic Inflammatory Response Syndrome) to septic shock. In 2001, the definitions for sepsis and septic shock were revised in order to accommodate new threshold values for organ damage.

The present definition for sepsis was presented in 2016, at the 45th Critical Care Congress. This definition, known as Sepsis-3, defines the disease as “life-threatening organ dysfunction caused due to a dysregulated host response to infection”. The Sepsis-3 Task force also came up with a bedside index called the “q-SOFA” score to help physicians identify non-critical patients at high risk of developing sepsis.

With an estimated burden of $20 Billion, sepsis is the most expensive health-care problem in the United States. And what’s worse is that a major chunk of this burden is entirely avoidable and could be redirected towards pioneering research. Sepsis-associated ICU mortality has more than doubled in the last 10 years. In Europe, the sepsis mortality rate is a scary 41%. Sepsis places a huge burden on global healthcare. The massive economic implications of a high sepsis mortality rate make it even more important to diagnose sepsis early.

The name of the game, when it comes to sepsis, is early detection. This study reported drastic reductions in both mortality rates and sepsis-associated costs, when an early detection system is put in place (in this case, a nurse based early detection). The key is to identify those patients who are at high risk for sepsis - these patients may be critically ill or not. Management and treatment are much more successful when sepsis is detected early.

However, there are major drawbacks with a nurse-based screening protocol. For instance, The Cape Regional Medical Center (CRMC) in New Jersey, implemented a nurse-based screening protocol for sepsis wherein nurses would screen all non-emergency patients, twice a day, for the presence of two or more signs of Systemic Inflammatory Response Syndrome (SIRS). However, SIRS criteria are very non-specific and therefore, there were a lot of false alarms, which was counter-productive. Also, the twice-daily screenings wouldn’t be able to catch non-critical patients, who rapidly developed sepsis over a few hours. This meant that despite the screening protocol being in place, timely intervention was not possible, in many cases, during the critical window.

Why is it so hard to diagnose?

We understand the pathophysiology of sepsis significantly better today than we did in the past. Nevertheless, despite the implementation of new frameworks in hospitals, sepsis still remains very hard to diagnose. Unlike other time-sensitive conditions such as myocardial infarction or stroke, diagnosing sepsis is not straightforward - there is no standard modality of diagnosis for sepsis.

A physician needs to use clinical findings (such as increased body temperature) and abnormal lab values (such as elevated WBC count) to diagnose sepsis. Here’s the rub though - sepsis can present with either increased or decreased body temperature; WBCs could be higher than normal (>12,000) or drastically lowered (<4000). Both alterations in body temperature and WBC count have poor sensitivity and poor specificity. Patients who develop sepsis usually have an underlying illness which could mask the classic signs of sepsis. In many cases, the findings associated with sepsis are mistakenly attributed to the underlying illness. Furthermore, in some immunocompromised patients, the body’s ability to mount a resistance to infection is compromised, making it extremely difficult to detect sepsis.

Can Technology Pave The Way For Better Sepsis Detection?

Today, we live in a hyper-connected age where we can set huge things moving in the outside world, by (in some cases, quite literally) snapping our fingers. The million dollar question is this - can technology improve our ability to detect sepsis early? The data says - yes!

As a preliminary example, let’s look into the case of CRMC that we mentioned in an earlier section. Disappointed by the failure of their nurse-based screening system to adequately screen for sepsis patients, CRMC implemented a machine-learning algorithm to score patients for sepsis risk. The system was a roaring success and managed to substantially reduce time of stay, readmission, and patient mortality. Needless to say, this also translated to significant budgetary savings.

A patient with sepsis could either be hyperthermic (>38°C/100.4°F) or hypothermic (<36°C/96.8°F). Until recently, we diagnosed sepsis using absolute values corresponding to a “reference” range. However, a case-control study by Drewry et al sheds light on how studying temperature patterns, i.e minor fluctuations/trends in body temperature could help predict sepsis in hospital-admitted patients who are afebrile (without a fever).

Although further follow up studies will have to be performed to ascertain the exact mechanisms involved, the findings of this study are extremely significant. Predicting the patients who are about to develop sepsis, even with a reasonable hit-rate, would go a long way in reducing the mortality and costs associated with it.

Here’s how ONiO can help 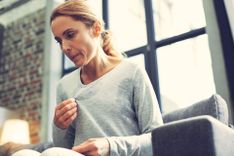 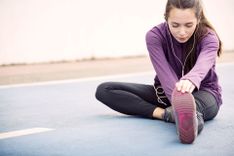 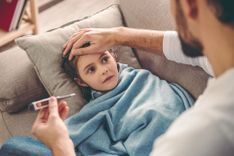